Showing posts with the label Movie
Show all 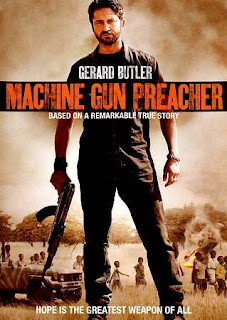 Based on a True Story Machine Gun Preacher Stars Gerard Butler. You may already know him from his stunning performances in movies like 300 or one of my favorites Law Abiding Citizen . His wife is played by Michelle Monaghan which has a long list of films to her credit. The True Story of Sam Childers This movie is based on  preacher named Sam Childers. Pastor Sam is trying to save as many kidnapped children in war-torn Sudan as he possibly can. He uses any means necessary to keep these children from being violently forced to become mercenaries slaves. You can read the book  or watch the Machine Gun Preacher Documentary Sex, Drugs, and violence Sam went from a drug dealing biker to a machine gun preacher. Sex, drugs, and violence are prevalent in the film, but this is an attempt to illustrate Sam's transformation from Drug dealing biker to machine gun preacher.   Life Lessons There are some lessons we can learn from this film.    Talk is cheap Many people like to Monday Morning Quar
Post a Comment
Read more
More posts